Partners Land Title Agency, LLC > Resources > What to Look Out For

Everyone has personally experienced or knows of someone who has experienced unusual circumstances while buying or selling a home. For your reading pleasure we have added a section of articles and stories depicting the benefits of having title insurance or the horrors of not having a title policy.

Claims Anatomy 101: The Case of Grandma’s Deed
It was a standard title order. $94,000 fee; $76,000 mortgage. The order said Gertrude Stilth was the record owner. The search showed title in Mabel Gramms. The call came in from counsel soon after the commitment hit the street.

“Mabel was the grandmother of Getrude.” “It seems that the deed from Mabel to Gertrude never got recorded.” Soon after, a copy of the deed appeared on the fax.

It looked recordable. It had the prepared by, and the signature was properly notarized. It’s dated in 1995, reflecting consideration of one dollar.

The original unrecorded deed from Mabel into Gertrude was recorded simultaneously with the deed from Gertrude to the insureds.

The claim letter came in before the policy came out of typing.

The Executor of Mabel’s Estate claimed that the deed into Gertrude was invalid, the argument was that Mabel was incompetent at the time the deed was signed.

The insureds were rather agitated when they were served with the pleadings that said that they could lose their house. They must have thanked the Lord for title insurance after they calmed down.

Depositions were taken before trial. The attorney who prepared Mabel’s Will that was signed after the time of the 1995 deed testified to Mabel’s competency and capacity to sign. She knew what she was doing. That testimony at trial would make it easy to defeat the incompetency claim. The case was looking pretty good. Then came Gertrude’s deposition.

Under questioning by the Estate’s counsel, Gertrude testified that the deed from her grandmother was intentionally not recorded. Her grandmother gave her the deed back in 1995 to protect her home if she ever had to go into a nursing home. The deed was not to be recorded unless Mabel and Gertrude agreed to do so. And Mabel died before she authorized the recording.

So much for getting off easy.

As many litigated matters go, this one was settled before the date of the trial. For the Estate, it was a bird in the hand. Gertrude threw in some dollars. It cost the underwriter $19,000. All in all, a far cry better than risking a $94,000 total failure at trial.

Claims happen. That’s why there is title insurance. This one could have been avoided. We must always question unrecorded deeds.

More often than not, the grantor is dead or incompetent. If the grantor was available, verification that the deed had been delivered to the grantee would be easy to obtain.

Delivery is the key. Has the grantee had the authority to record all along? Was the deed validly delivered? if not, the deed could be held to be invalid. Not something we want to insure.

Another red flag was present in The Case of Grandma’s Deed. Only one dollar of consideration. Dollar deeds are problematical, even when recorded. The longer they have been of record, the greater the level of comfort. With an unrecorded dollar deed, extreme caution must prevail.

Joe Frazier, after his annuity income stops, decides your property is still his, 14 years after he signed a deed. Sounds crazy, but he still sues you and you need a good title attorney, NOW.

Your legal description recites a boundary along a roadway. Your seller says he uses the dirt roadway to get out to the main roadway. The searcher just assumes there is legal access to a public road because of the way the legal description reads. When the property owner over which you must travel to reach the main highway sells, the new owner decides to block off the dirt road. Now you are landlocked. You may or may not be able to require this neighbor to open the roadway again without purchasing an easement from him, but you have to go to court and pay a lawyer and the court expenses.

A new regime takes over the local municipal government determined to save the taxpayer’s money and get re-elected again and again. The “newly elected” tackle their new job with vigor that would surpass the “white tornado” in that old commercial for a newer, stronger, more disinfectant cleaner. They are determined to “clean house.” To their delight they discover that their campaign rhetoric was absolutely true. The last members of the municipal board had never gone after the scofflaws of the township to get them to pay their water/sewer line tap-in fees, or their street improvement assessments, or any of the other myriad township assessments and fees imposed on the upstanding property owners as a privilege to live in “Camelot” township. Now is the time to collect on the old municipal liens. But now you are the owner of the property. It was your seller who was the “scofflaw.”

When you purchased your property, the settlement clerk paid off the seller’s mortgages. You thought your troubles were over. Later when you went to refinance your mortgage for a lower interest rate, the searcher finds old open mortgages still against your property. The settlement clerk had obtained a letter of indemnification from the seller’s title insurance underwriter (because the seller had an Owner’s Title Policy) in order to insure over these old mortgages. Later the clerk failed, for whatever reason, to obtain releases from the mortgage companies to clear the courthouse records. If you did not purchase an Owner’s Title Policy insuring you against such liens, you cannot obtain a letter of indemnification, as did the seller when you purchased, because you did not purchase the Owner’s Title Policy to protect yourself.

However, you were advised by a trusted and competent advisor that you do not need an owner’s title policy. “Once they search the title to protect the lender, you know your chain is good. So why pay the extra money for an owner’s policy.” Good advice? Not when that claim comes in.

A Lender’s Title Policy insures only the lender. And the Lender’s policy insures that the mortgage is a first lien. The lender, of course, would be concerned if you lost your title to the property but only when you lost your title to the property. The lender would be concerned if they found out there is a judgment or municipal lien ahead of their mortgage in lien priority; but only when the mortgage is in foreclosure. The lender gets concerned once the tragedy has already happened. An owner is concerned before it gets that far. And, without an Owner’s Policy, you are not covered and you must pay someone else’s debt.

Because the title policy is an indemnity contract for losses, the mortgage company must suffer a loss before they actually have a claim under the Lender’s Title Policy. Therefore, they must proceed to foreclosure, sell the property and obtain less than the debt due on the loan. By that time the owner has been ejected from the property.

For just a little more money over the lender’s-only policy you can get an Owner’s and Lender’s policy combination that protects your ownership interest. In addition, should you die, the ownership interests of you heirs or devisees are also protected under this same policy. You pay a premium only once and the policy continues in force until you sell to a third party. Don’t let anyone convince you that the lenders coverage accrues to your benefit.

Connect with us on Social Media! 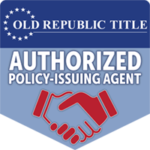 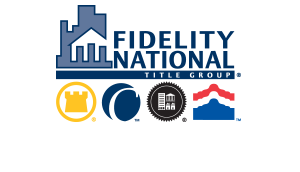